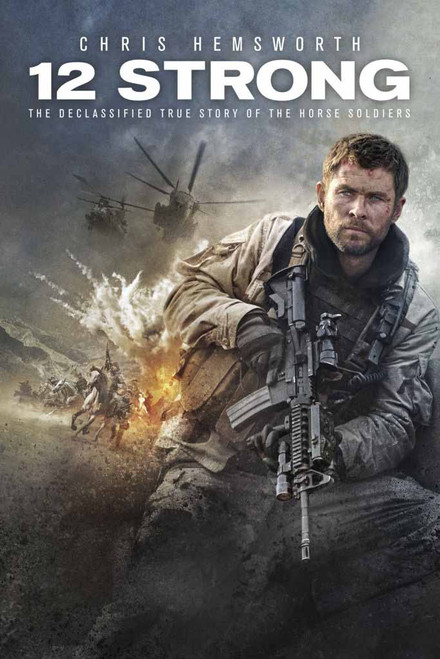 Based on a book of the same name written by Doug Staton, Horse Soldiers follows the story first Special Forces team and their captain deployed to Afghanistan following 9/11. Arriving in a mountain fortress under the cover of night, the team joins forces with an Afghani warlord to help defeat the Taliban. The movie chronicles the overwhelming odds that the team faces as they pursued the enemy while riding horses across the mountainous terrain. After a series of intense battle, the Special Forces team captures the city of Mazar-i-Sharif and are hailed as heroes.