A Hero's Welcome [Redeems At Millcreek.com ONLY] 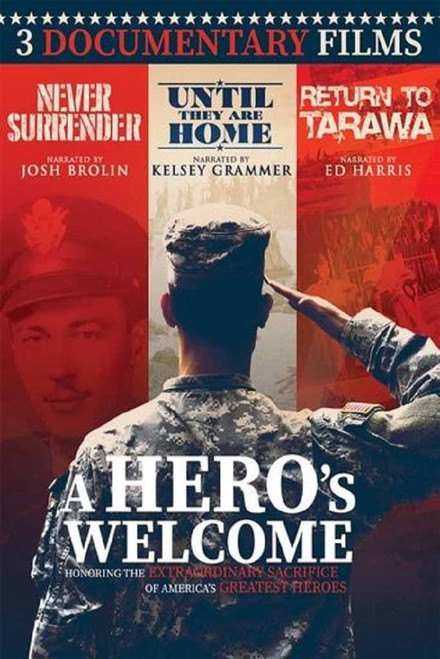 A Hero's Welcome [Redeems At Millcreek.com ONLY]

Never Surrender is a story of sacrifice, survival, heroism, and reconciliation. Lt. Edwin P. Ramsey led an offensive in the Philippine jungle that made history as the last mounted horse cavalry charge in U.S. military history. Refusing to surrender, he joined the Filipino resistance and commanded 40,000 guerilla warriors. Narrated by Josh Brolin

Return to Tarawa depicts a WWII veteran, Leon Cooper, as he returns to the Tarawa battle site after learning that many of his countrymen, who died in the battle, still lie where they fell sixty-six years later.  Narrated by Ed Harris

Until They Are Home focuses on the search for the remains of U.S. Marines who were killed in the legendary South Pacific World War II Battle of Tarawa, where over 6,000 men were killed in 72 hours.  Narrated by Kelsey Grammer

Fighting With My Family [iTunes HD] Redeems ONLY at iTunes

Us [Vudu 4K or iTunes 4K via Movies Anywhere]