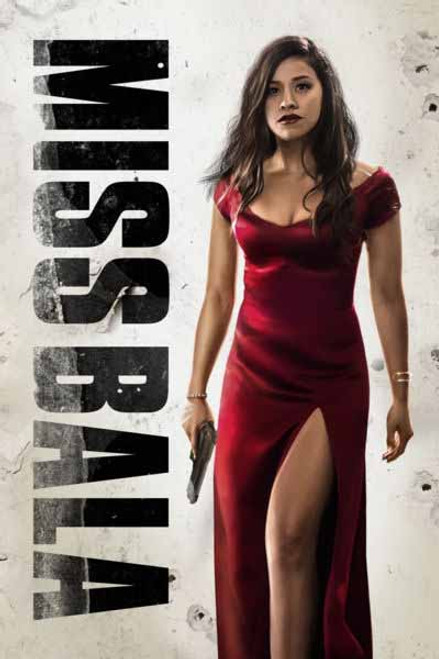 Miss Bala is an entertaining action thriller that shows Gina Rodriguez can take on an action heroic character trying to save her friend. The plot and story may not be something worth talking about or anything new to the whole drug cartel kidnapping girls and corrupt police in Mexico in a battle against each other. It does deliver some thrills and action that will be worthwhile on seeing Gina Rodriguez transition from a make up artists to a bada** woman.

The plot follows Gloria (Gina Rodriguez) a make up artists living in Los Angeles. She visits her best friend Suzu (Cristina Rodlo) in Tijuana, Mexico. They both go clubbing. Where a group of guys go on a shooting spree in there and kidnapping girls. And Suzu is one of them. Gloria is trying to seek help to find her and the corrupt police was no good. Until Gloria gets captured by the group of man led by Lino (Ismael Cruz Cordova). Lino tries to get Gloria to doing some hostile tasks by having her bomb a safe house and delivering a weapon package to someone in San Diego. Until Gloria gets captured by the DEA and they want her to go undercover for them to the gang. All while, she is trying to find the whereabouts to her friend.

The film's plot was all over the place. It does have a development with Gloria as she changes throughout the course of the film. She learns to shoot a gun. And doing espionage tasks from the DEA.

There were a lot of intense action sequences. Especially, the shootout sequences were loud and intense. The direction did capture the chaotic feeling through Gloria's perspective. Gina Rodriguez did a great job playing the character. Ismael Cruz Cordova was good as Lino were he starts getting a soft side to Gloria. I did feel like Anthony Mackie's character was a little underused with his brief appearance.

I also felt like the film does have some uneven pacing issues in the second act of the film when Lino is taking Gloria hostage and intimidating her with showing up in the room.

Overall, Miss Bala is a pretty fair film. The plot and the pacing issues may be the film's weakest problem. The cast is good. The action and shootout sequences were intense and exciting. Seeing Gina Rodriguez taking on the reign's of an action heroic character was worth seeing.

A Hero's Welcome [Redeems at Moviespree.com]